Thank-you to everyone who completed the survey on the recent changes to Blackrock Village Main St. and public realm. This survey was shared across the Blackrock Business Network mailing list as well as with other local residents associations and groups. During the two week survey window we received over 350 responses, with a huge amount of written feedback also. Thank-you for taking the time to share this with us. 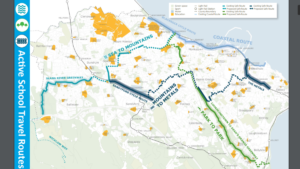 As part of the Active School Travel initiative launched in August 2020, aimed at encouraging increased walking and cycling to school, the Council launched public engagement on the three new pilot routes.

The closing date for submissions has been extended to Fri 06 November 2020.

There are many positive aspects to the plans but also areas of concern.  The issue of most concern to the BBN (directly affecting the Village) is the plan to install a contraflow cycle lane on George’s Avenue.  This would result in cyclists coming down the hill at speed into the bottleneck just before Main Street.  Following the reconfiguration of Main Street, a lot of delivery trucks now go up George’s Avenue and if cyclists are coming down at speed into the narrow part, we consider that there is a serious health and safety risk involved.  An observation noting this has been submitted to the Council.

Your feedback can be given in the following ways:

Use the DLR Consultation Hub available at: https://bit.ly/dlrWalkCycle

The closing date for receipt of submissions is Friday 06 November 2020.  Observations should be clearly marked ‘Active School Travel’. 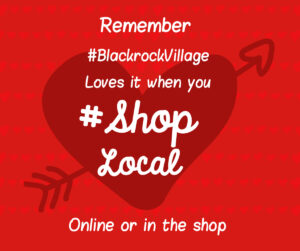 This is a difficult time for many businesses and for small businesses in particular.   There has been a huge growth in online shopping but unfortunately much of this goes outside the country – to one or two online giants in particular.

To support local retailers and small businesses during the Covid-19 crisis we are pushing the SHOP LOCAL message at every opportunity.   You may have noticed the Shop Local banners on lamp posts in the Village.  We are also very actively looking at every way to drive the concept of local online shopping.

ShopLocalOnline.ie/blackrock is a completely free directory that we believe will help struggling businesses in attracting  nearby customers.  Click here to get onto the site.  Sorted by distance, shoppers can find businesses close to them across all categories.

Local businesses need our support, now, more than ever. Ordering from our nearest supplier means we can do a small bit to support local jobs and the community.

Previously known as ‘Bites’, Rage Restaurant has given its delicatessen a new name and fresh new look. Serving freshly prepared food with good quality ingredients, The Bunker, will be open from 10am to 4pm Wednesday to Sunday. Using artisan breads and freshly carved hot meats, The Bunker will serve a selection of sandwiches, wraps, rolls, burritos, salads and hot dishes, including the newly added ‘Colly’s Coddle’, along with a selection of specialty teas and coffees. Looking forward to seeing you there!

Blackrock Park is endowed with many great existing characteristics. Its unique coastal context, its strategic boundary location, and its many historic features underpin its potential.  However it has long suffered from under-investment relative to similar parks in the county.
A new Park Masterplan has been in gestation for some time now.  DLRCoCo’s overriding goal in developing this Masterplan was to properly establish Blackrock Park as an outstanding, flagship amenity within the county.  Following a public consultation “Blackrock Park Masterplan- Have your Say”, carried out from  27 February to 12 April 2020, a total of 108 submissions was received.   The areas of concern related in the main to the uninviting character of the park, the lack of facilities, and poor access.   Both the BBN and BVRAG were very active in seeking to achieve the best possible plan for the future benefit of Blackrock and its community.
The Blackrock Masterplan was approved at the DLR October Council meeting.   The detail can be viewed here.

The recent changes to Main Street have brought with it other considerations – namely how to deal with and minimise a growing litter problem.  One of the main culprits are pizza boxes which block up the street belly bins and so prevent well meaning street users putting their general litter in these bins.  The BBN has consulted with the Council and as a result the Environmental Enforcement section has become involved.  The litter warden will patrol the Village and also will ensure that takeaway outlets are putting in place litter receptacles.  These outlets are also being reminded of their own responsibilities to minimise litter.  The Council will continue to monitor the area and fines will be issued as appropriate 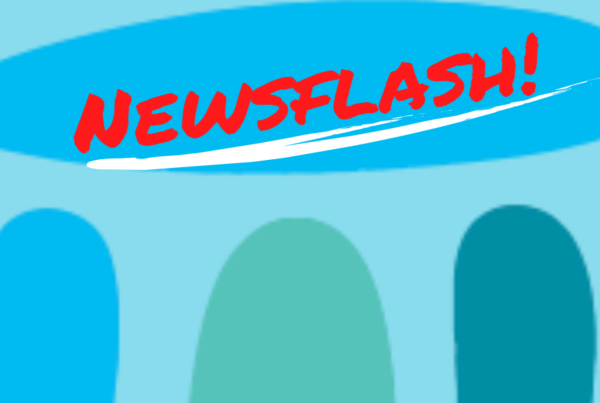