Blackrock Village Rejuvenation Action Group(BVRAG) is a small focussed action group that works in partnership with key Blackrock Village stakeholders. Our objective is to help ensure the rejuvenation of Blackrock Village through coherent planning and investment in the public realm, for the benefit and enjoyment of current and future generations of Blackrock residents, businesses and visitors. BVRAG was set up mid 2019 and is committed to working closely with the BBN, DLRCC, Councillors, local residents, community groups and other stakeholders to achieve our objective in a spirit of collaboration and cooperation for the community as a whole. Since then we have driven several key projects and initiatives for the Village, including proposing the new one-way system together with increased pedestrian and cyclist space and improved public realm for all to enjoy, while also partnering very closely with the Blackrock Business Network (BBN), local residents associations, the S2S, local councillors, DLRCC and others.

A Local Area Plan is a statutory document under the Planning and Development Act 2000 that is prepared, approved and implemented by the Council working together with public and private stakeholders. In March 2015, Dún Laoghaire-Rathdown County Council (DLRCC) approved a Local Area Plan for Blackrock covering 2015-2021. The Council put a significant amount  of work into this plan and it lays out a deep understanding of the development needs and opportunities for Blackrock. The Blackrock LAP includes clear DLRCC policies and strategic objectives for Blackrock. Much of the approved Blackrock LAP remains unimplemented but is still relevant. On Feb 10th 2020 DLRCC formally recognized that “the objectives of the Blackrock LAP have not yet been substantially secured”. The Council approved an extension of the plan’s timeframe to Mar 2025 (as allowed for by legislation) to better allow the Council to deliver on its committed plan, especially in relation to the public spaces and public realm aspects of the LAP.

“BLACKROCK LE CHÉILE” – bringing it all together

It is time to bring together Blackrock’s key assets in a coherent public realm. This should be done through long overdue investment and implementation of the Blackrock Local Area Plan. We need to do this both for current and for future generations to enjoy the Village and for the Village to thrive and prosper into the future. 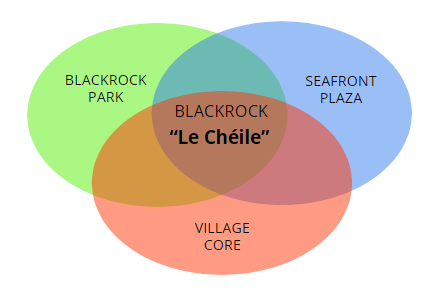 Thanks to Dun Laoghaire Rathdown County Council (DLRCC) there is a good Local Area Plan in place for Blackrock. This plan was approved in March 2015 with a time horizon of 2015-’21. Recognizing that much of the plan remains unimplemented, DRLCC extended the implementation time of the plan to March 2025. Blackrock Village Rejuvenation Action Group (BVRAG) together with the Blackrock Business Network (BBN) have been working together to build a coherent vision for Blackrock, building on the Blackrock Local Area Plan and driving action behind this. We would welcome your engagement and support of this effort. Together we can build an even better Blackrock for everyone. 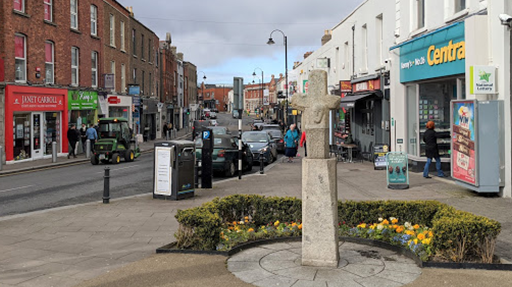 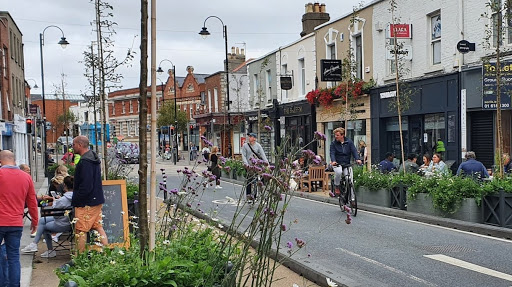 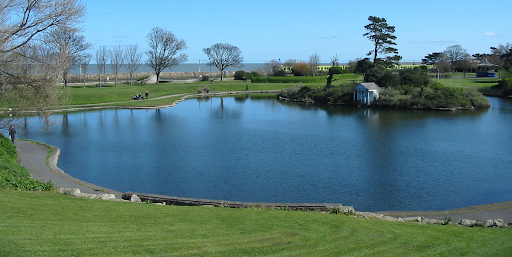 Blackrock Park is one of the 5 regional parks in DLRCC (the others being Marley Park, The People’s Park, Killiney Hill and Cabinteely Park). Blackrock Park is long and narrow and has a lot of untapped potential with the right plan.  Related to this, per the approved Blackrock LAP, it is DLRCC policy to establish more direct and legible connectivity and linkages between Blackrock Village Core and Blackrock Park (POLICY BK10) while also improving the pedestrian / cycle route between Blackrock Park and Blackrock Dart Station (PR7). The Park needs a clear identity, should properly plan for the arrival and interaction with the S2S (Sutton to Sandycove promenade and cycleway) and urgently needs better connectivity to the “Blackrock Seafront Plaza” area.

Blackrock Village is fortunate enough to have an amazing plot of land on the seafront. Unfortunately this area is currently dominated by a bus terminus and car parking while it should in fact be a jewel in the crown of the village. This area should be a “Seafront Plaza” better connecting the Village to the seafront, better connecting the Village to Blackrock Park and should also allow for parking and an enhanced public realm for everyone to enjoy.

The Blackrock LAP contains specific objectives for this area including:

If you would like to contact us in relation to any of the above or with suggestions, please feel free to reach out to us below. We appreciate your support in helping Blackrock Village realise its full potential for everyone.  Thank-you.